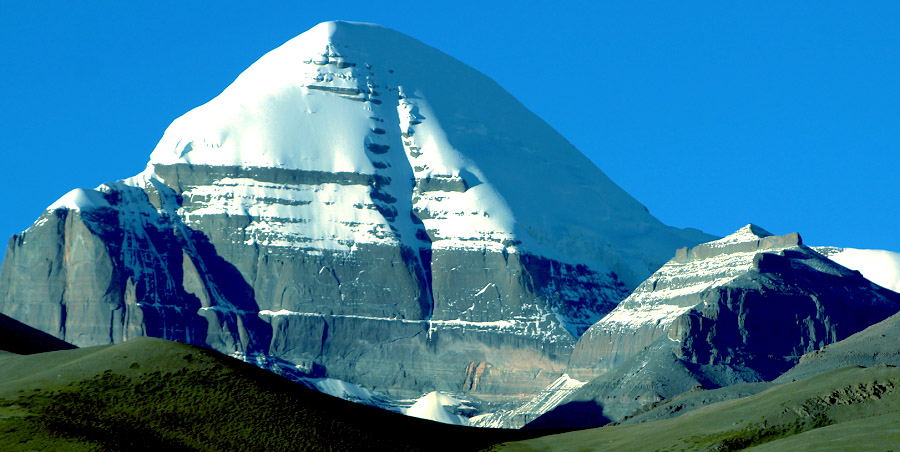 Having great religious importance, millions of devotees worldwide come every year for a tour to Kailash Mansarovar. Most of the people therefore wonder what actually attracts people out here. Here is a blog about Kailash Mansarovar’s specialities and will give you answers to your questions.

Believed to be Lord Shiva’s home:

Mt Kailash, extending over 22000 feet, is considered to the be the home for Lord Shiva. The mountain goes by the name Kailash, meaning Shiva, regarded as God of Gods. It is therefore people’s holy place and holds beliefs of billions of devotee’s worldwide.

Sacred to all religions:

Kailash Mansarovar, is sacred to 4 Asian religions and holds beliefs of devotees across the entire world. Tibetan Buddhists name the mountain as Kang Rimpoche, said to be The Precious One of Glacial snow, where tantric meditational deity Demchog with his consort, Dorie Phagmo inhabited. Jain’s have named the mountain Astapada and believe to be the place where their first prophet, Rishaba, got enlightenment. Long before Buddhism existed in Tibet, Bonpo, practitioners of the religion named mountain Tise and said it to be the Sky Goddess Sipaimen’s place. Hindus regard it as the throne for Lord Shiva. People aren’t allowed to climb Kailash. Milapera, a Tibetan Buddhist from 11th century, is considered only to have been at the top ever.

According to Dalai Lama, Kailash Mansarovar holds special symbolic values for Tibetans. It has been part of Tibet since its emergence as a nation and is a source of spiritual inspiration. It is considered to be earthly manifestation of Mount Meru or Sumeru, mythical, and regarded to be spiritual center of universe in Hindu, Buddhist and Jain cosmology. Spiritual center said to be the axis mundi in Buddhism, meaning axis of the world. Axis acts as a communicating medium between physical and spiritual world.

Russian believe Kailash Mansarovar to be manmade pyramid, centerfor collections of small pyramids, in total 100. The complex or say collection said to be the center for world, acting as connection for the monuments or sites, which have had paranormal activities observed. This idea of it being pyramid dates back to Ramayana.

Kailash Mansarovarhas both geographical and mythological essence. It is at quite less height than Mt Everest, being just at a height of over 22000 feet. Its grandeur isn’t in its height but the shapes of it that are distinct. It has 4 sheer faces that match with compass’ cardinal points. Also, placed solitarily, it is free from neighboring mountains and fear of dwarfing or obscuring it.

Hindu, Buddhist, Jain, and Tibetan people complete their ritual walks at the base of Kailash Mansarovar. Kailash Mansarovar is regarded as mysterious, secret ad well as sacred place, since many centuries, and it symbolizes important life stages of death, purification and rebirth. Circumambulation is referred to as Khora by Buddhists, parikrama by Hindus. One Circumambulation is equal to one turn of Life’s Wheel and will purify one’s soul wiping away their sins.It is believed 12 such circumambulation can purify a persons’ karma of all past and future lives. After 108, enlightenment is believed to be attained. 1 khora seems difficult since mountain is really hard to access to. How to Go Kailash Tour and Trek information.

Origin of 4 rivers from Kailash Mansarovar

Kailash Mansarovar is a source of origin to 4 sacred rivers, The Indus, Brahmaputra, Surlej and Karnali. These are tributaries of sacred river Ganges, located in India. Also, Mansarovar and Rakhast lake located at the bottom of this mountain.

Although these lakes are located next to each other, separated by thin mountain isthmus. Mansarovar remains calm irrespective of weather while Rakhast remains stormy all the time. Also, people near to this area experience ageing faster. For e.g.: nails and hair growth here in 12 hours equals 2 weeks in normal scenes. This adds to mystery here.

Kailash said to be Sahasra Chakra

Mt Kailash is believed to be Sahasra Chakra present in our body, centre for supreme consciousness ( Shiva). There is meeting of Shiva with Kundalini once she reaches out there. Mt Kailash is the physical counterpart with Shiva’s energy centred in Earth. Shiva is said to stay there. And this place is claimed to be paradise, the final destination for souls and spiritual centre of the world.

Puranas description speaks of Mt Kailash’s 4 faces being made up of crystal, ruby, gold and lapis lazuli. It is considered to be pillar of world, rising 84k leagues high, world mandala’s center and located at the heart of 6 mountains together symbolizing lotus, from where originates 4 rivers, said to extend across 4 corners of the world and said to have divide world into 4 regions.

Gauri Kund, known by Compassion lake as well, is located at the path while travelling downwards from Dolma Pass. It lies at an altitude of 5608 m and is also known by Parvati Sarovar, since it is believed that Parvati gave birth toLord Ganesha, elephant headed, from soap lather om her body.

Yam Dwar, said to be the gateway to God of Death, is located at Tarboche. It is about 30 minutes far from Darchen. It is said to be initial point for circumambulation of Mt Kailash and also known by Chorten Kang Ngyi, meaning two legged Stupa in Tibet.

Siwasthal is said to be magical funeral ground at Bodh Gaya’s duplication. Pilgrims experience death ritual here before entering in presence of Yama, to be reborn amid the top of Dolma La. The ground is easily recognizable with all the offerings made by devotees passing by, such as cloths, shoes, bags, bones, hair, blood.

Kailash Inner kora (parikrama) is undoubtedly one of the toughest parikrama. You need to have great mountaineering experience and well equipped for this. Our this journey includes a total of 34 km walk while we pass by Asthapad, Nandi Parvat, Atmalingam, Saptarishi cave, Kuber Kunda, etc. The landscapes here are made up of rocks, crevices, ice, snow. There is no human residence around inner Kailash region except two small monasteries present out here.

We begin and end our parikrama at Darchen. Passing by Derapuk, having visited Kailash Charan Sparsa, we then explore places like Serlung monastery, also get the close view of Mt Kailash. Also, we get to see Atmalingam, Saptarishi cave here. We will even reach Inner Kailash Kora of Nandi Parvat crossing high pass in between Mt Kailash and Nandi hill, called as Nandi la and Khandosalgam La. You can even reach Juthulpuk if you go passing by Derapuk, KuberKunda, Mt Kailash Charan Sparsha. Then journey ends back again at Darchen

Asthapad is situated at the bottom of Mt Kailash, at a height of 17k feet. It is one of the main holy places for both Hindus and Buddhists. Since 1st of 24 Jain Tirthankara, Shri Adinath Bhagwan, attained salvation, it is considered to be major Jain Tirtha. Asthapad means eight steps since Astha refers to eight and pad meaning step in Sanskrit.

About AtmaLingam (Mt Kailash base)

Mt Kailash is regarded to be the throne of Lord Shiva. On the west to Mt Kailash, i.e. Aruna Mountain, adomed with Nandi Parvat and Ganapati mountains, there are presence of herbs of great medical significance such as Dhatus and other herbal plants. Glows in the heart of Mount Kailash, on western side, Atmalinga of Lord Shiva. Emanating through path named Ashtapadu, from top of Mt Kailash, snow named as Pushpandanta,  it forms Atmalinga. Atmalingam gives rise to Sailodha River, a great holy river. In order to receive sanctification as wisdom from Lord Shiva himself, Yogis and Saptarishis take holy dip in this river. That is why, this place is said to be of highest spiritual importance in Mt Kailash.

Tour to Mt Kailash covers circuit around the holy mountains, in a clockwise manner for Buddhists while in anti-clockwise direction for Bon adherents, also known as Kora or parikrama or say circuit. It takes about 3 days. Going by Nandi, the devotees out here take a holy dip in Manasarovar Lake, lake of great religious importance. 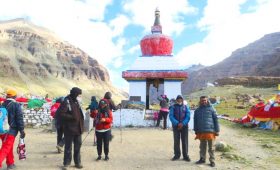 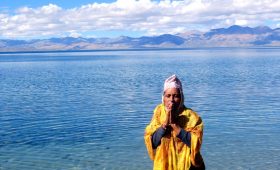 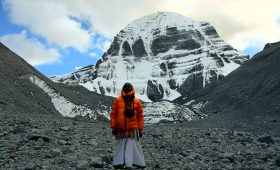 Mount Kailash Tour how to Book 2022